Christmas Wishes For The Orioles

Do the Orioles have the money to acquire a front-line free agent, or would they be better off trying to re-sign one of their own?

If you are a die-hard Orioles or baseball fan in general, you are well aware of the huge amount of money spent so far in this off-season, or if you have been living under a rock and have just come out, well, now you know. So far, off-season money is flying out of teams’ pockets, and that can be attributed to the amount of money Major League Baseball is swimming in and the new TV deals each MLB team is receiving. 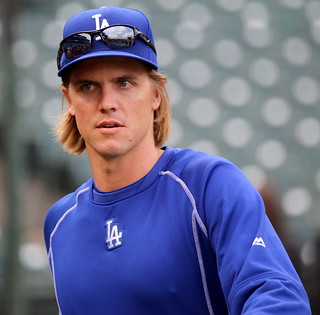 Zack Greinke, the prized acquisition of the Arizona Diamondbacks.

This off-season, we have also seen teams going all in for next season, and one team I immediately think of is the Arizona Diamondbacks. In 2014, the Diamondbacks finished with the worst record in baseball, received the number one overall selection, and drafted shortstop Dansby Swanson out of Vanderbilt. Many people inside and outside the game assumed that Arizona was in a rebuilding mode after being a few years removed from a playoff appearance, but now, as mentioned above, they are going all in for this season. The Diamondbacks signed one of the most coveted free agents this off-season, starting pitcher Zack Greinke, to a six-year $206 million contract. Greinke had gone 19-3 with an outstanding 1.93 earned run average (ERA). Then they traded their top prospect Dansby Swanson to the Atlanta Braves for their top starting pitcher Shelby Miller, who went 6-17 with a struggling Braves ball club and sported a 3.02 ERA. Now everyone is picking Arizona to win their division and possibly become a World Series favorite, but we’ve seen teams “win” the off-season before and still not live up to the expectations that were set for them.

In recent years we can look back to the 2012 Miami Marlins who signed top free agents Jose Reyes and Mark Buerhle and were dubbed early as World Series favorites, but they ultimately finished last in their division with a 69-93 record. The Marlins would then jump ship and trade away Reyes and Buehrle to the Toronto Blue Jays… Which leads us to the next team, the 2013 Toronto Blue Jays. In the 2013 off-season the Blue Jays acquired, as mentioned before, Jose Reyes and Mark Buehrle. Plus they also acquired reigning Cy Young Award winner R.A. Dickey from the New York Mets. The Blue Jays, just as the Marlins did, finished last in their division with a 74-88 record. Many sports fans know that sports has a history of repeating itself, so now Diamondbacks fans and the team are just hoping lighting won’t strike for a third time.

Now let’s talk about the Orioles. Coming into free agency, many “experts” believed that the Orioles would not be able to re-sign Matt Wieters, Darren O’Day, and possibly Chris Davis. Now it might just happen. The Orioles signed Matt Wieters to a one-year $15.8 million contract, then just recently inked Darren O’Day to a four-year $31 million contract. The fun is just beginning, because there are reports out there that the Orioles have offered Chris Davis a seven-year $150 million contract. Then, on the morning of December 10th, there were reports that the team upped the contract offer to an eight-year $168 million contract after it became known that Davis was seeking a $200 million contract. Now, people are saying the Orioles never increased their offer and have taken the offer off of the table, but there are conflicting reports that the offer is still out there at $150 million. Perhaps finally, Dan Duquette said at Orioles FanFest that the team has in fact taken the offer off of the table and is moving on to other options. Orioles fans who are on social media have been following this roller coaster ride and are ready for the end to come. Many fans have said that they would be okay seeing the team go in a different direction and allocate that money to areas of greater concern, but then there are the fans that think owner Peter Angelos is being cheap by not offering the extra $50 million. I guess this front office can’t win. They are criticized for not spending money in free agency, and now when they are offering contracts over $100 million, fans think that isn’t enough. I personally believe that if Davis will not accept the original offer, then they should find other ways to use that money. The Orioles have a glaring hole in the starting rotation and a need for a left-handed batter. The Orioles could sign outfielder Justin Upton, in whom they are heavily rumored to be interested, to a five- or six-year deal worth about $80 million. Upton would ultimately replace the power lost from Davis not resigning with the Orioles, and he would he fill in a depleted outfield. After signing Upton, the team would have roughly $70 million left over and could allocate that money to fix other holes in the team. 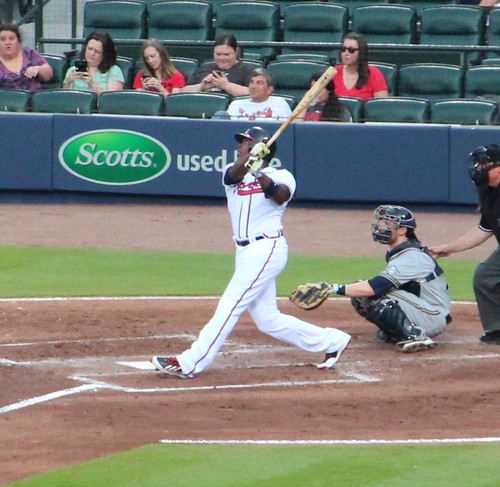 Another option for the O’s to sign is to sign starting pitcher Yovani Gallardo, who played for the Texas Rangers in 2015, to a four-year deal worth about $45 million. Gallardo is a proven veteran in the big leagues, and he would provide stability to the Orioles rotation which struggled mightily last season. The only problem is that by signing Gallardo, every pitcher in the Orioles rotation would be right-handed, which could be a good thing and a bad thing. It’s a good thing when playing against a team like the Toronto Blue Jays who have a right-handed heavy lineup, or it could be a bad thing when playing against the Tampa Bay Rays whose lineup is loaded with lefties and switch-hitters.

After signing Upton and Gallardo, the O’s would be left with about $25 million. With the remaining money, I believe the Orioles could re-sign outfielder Gerardo Parra for three years for roughly $25 million. Parra would fill the last outfield spot and the need for a left-handed batter in a right-handed heavy lineup. Plus, he has a history of having a high on-base percentage and the capability of stealing twenty plus stolen bases, which is another skill the team could really use.

These three moves would make the Orioles better than what they would be with only signing Chris Davis, and when you think about it, signing Davis would handicap the spending the Orioles could do in the rest of the off-season.

If these three signings work out as I envision, here is my projected starting rotation and batting lineup for 2016:

For now all we can do is wait and see what the Orioles will do about Davis and his potential replacements. Right now everything is speculation in the world of baseball, and every O’s fan is used to this by now. We are not holding our breaths.

View all posts by Nick Viennas